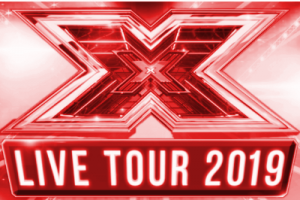 The X Factor Live Tour is returning to Sheffield’s FlyDSA Arena in 2019 and for the first time ever the show will bring a matinee performance to the venue on Sunday 24th February at 3pm starring The X Factor’s eight quarter-final acts.

Dalton Harris has had three of his songs enter the iTunes Top 30 during the live shows so far, including I Have Nothing, Creep and California Dreamin’, while his Big Band Week performance of Beyoncé’s Listen entered the Top 20 on iTunes, peaking at No. 15, the highest peak of the series so far.

Anthony Russell’s rendition of Eye of the Tiger was the stand out performance of Movie Week with the audience reaction overpowering even the judges’ comments.

Scarlett Lee has been impressing the audience and judges every week with her beautiful vocals and incredible range.

X Factor Digital Presenter, Becca Dudley, will be returning as host this year on The X Factor Live Tour.

Becca has been hosting MTV UK programming since 2012 and presents multiple shows across the network, as well as covering worldwide music events with World Stage from Brazil to Belgium. In addition to her TV work, Becca DJs reggae, hip hop and dancehall across the UK and festivals, including Glastonbury. Becca is also a presenter on Apple Music’s global radio station Beats 1 and in 2016 she launched her own music platform DEADLY, which encompasses live music, radio and video content.

The X Factor Tour has thrilled over three million people since it began 14 years ago, making it one of the UK’s most successful annual arena tours. So get your tickets to The X Factor Live Tour 2019 and don’t miss out…